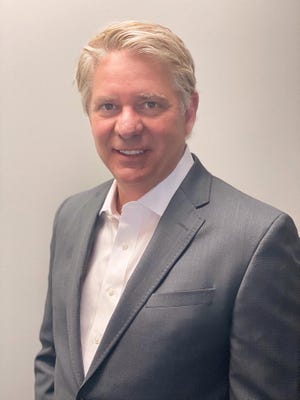 their own and who are actively seeking employment, as well as the business community that pays 100 percent of unemployment benefits.

It’s not the fault of the good people who work within the Division of Employment Security—they’ve always been more than responsive and fair when it comes to the claim process. The challenge is the rules that they have to work within.

Help workers find employment quicker by allowing employers access to those with the skills they require. While the state has the data of both parties, there appears to be no attempt to connect the two.

I’ve heard past concerns about confidentiality and this is a weak argument. With today’s technology, connecting the two without disclosing confidential information should be a simple process.Your Email

Job boards, including Monster, Indeed, Ziprecruiter, and countless others, allow employers to not only post jobs but perform detailed resume searches based on skills and geographic areas. It’s an acceptable practice that occurs tens of thousands of times a day.

There also seems to be little accountability for the required job search—the verification system seems to be easily manipulated. Raising the benefit amount and reducing the benefit period would provide a fair trade-off while ensuring that those drawing benefits are actively seeking employment.

One barrier to raising the benefit amount is the perceived trade-off of having to raise the wage base. In my opinion, raising the wage base ultimately can lower the overall tax for Tennessee employers.

One priority should be to reduce the burden on the manufacturing, retail, restaurant, and hospitality sectors—because of turnover, they pay on average a higher tax for each position. This additional burden has an impact on their ability to increase those hourly wages. The system shouldn’t hit those that make less the hardest.

A company that historically does not lay off Tennesseans should not be paying the benefits for a company that does and whose fund has become insolvent.

While the system seems simple, it has a lot of moving parts. I encourage  Governor Bill Lee and the General Assembly to look at ways to improve the system for both the job seeker and the employer community. It’s simply a matter of making a few changes to the overall process.

Jeff Bates is the Managing Partner of Talntly and TA Staffing